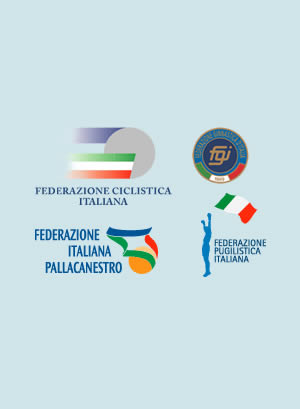 In its capacity as official partner and supplier of the FPI, Uliveto will accompany the Blues in the “Road to Tokyo 2020”, both at the ringside and during training sessions at the National Boxing Centre in Santa Maria degli Angeli, the Olympic Sports Centre of the Italian Army and the Officer Training Centre of the State Police in Caserta.

Uliveto will also be alongside the FIP in all of the major sporting events of the year, beginning with Italy-Hungary, the penultimate match of the FIBA World Cup 2019 qualifications.

Uliveto will also accompany the FGI, the doyen of Italy's Sporting Federations, which celebrates its 150th anniversary this year, from the first stage of Rhythmic Gymnastics World Cup in Pesaro from 5 to 7 April through to the World Championship qualifiers for the Tokyo Games 2020, with national events held throughout Italy during the year.

Finally, Uliveto will be the official water of the Italian Cycling Federation (FCI) in all of the sporting events in which the national teams will compete in the next two years.