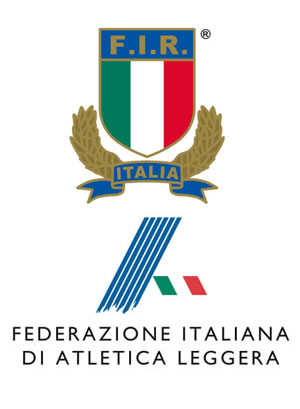 In 2017, it is going sport crazy: it will be taking to the volleyball court with Federvolley, diving into the pool with Federnuoto, scoring tries and running round the track.

Uliveto joins the pack. The Italian Rugby Federation is over 80 years old. And every year its prestige and following grows, promoting the inherent values of the sport: team spirit, sacrifice and passion. Uliveto will support the players in training and accompany the men’s and women’s teams at the 6 Nations and during Test Matches against the strongest sides in the world. It will also be present and correct during the “third half”, the classic after-match social function.
Uliveto is also the official water of FIDAL: a fundamental partnership. Since the Ancient Olympics athletics has always been the emblem of sport: running, jumping and throwing are its most natural forms of expression. Today FIDAL gathers together over 2500 clubs, with over 230,000 members and over 40,000 RunCard members.

Here too Uliveto will be accompanying the Federation at the most prestigious events of the year: the Golden Gala, the main national championships. Through to the standout event of the year: the World Athletics Championships in London, which will involve the erection of Casa Atletica Italiana, the Italian athletics HQ.

Uliveto, the healthy water, is increasingly the water of sport!