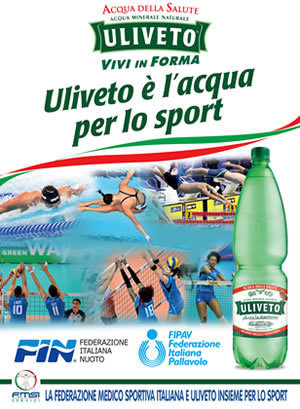 Uliveto, the water for the sport.

Uliveto, the healthy water, has always been involved in the world of sport, selecting the most important events and teams, from the Athens and Atlanta Olympics to Italian Serie A football teams, from local events to national teams, all thanks to scientific findings. Uliveto is in fact the only mineral water that can boast a whole series of scientific research that confirms it should be drunk before, during and after sporting activity. Backed by these findings, Uliveto has this year chosen... 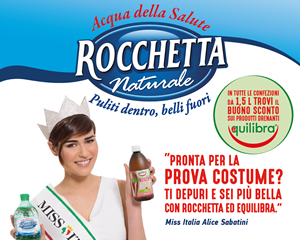 Rocchetta and Equilibra, a healthy alliance.

Rocchetta and Equilibra, cleansing and beauty. The two brands have launched a partnership which includes a prize competition, discounts and promotions with the emphasis on feeling great.

Equilibra operates in the major retail segment with dietary supplements and cosmetics, and in the pharmaceuticals segment with Syrio-branded products. Like Rocchetta, Equilibra is also one of the sponsors of Miss Italia. And Alice Sabatini, winner of the 2015 crown, will be the face of the partnership. 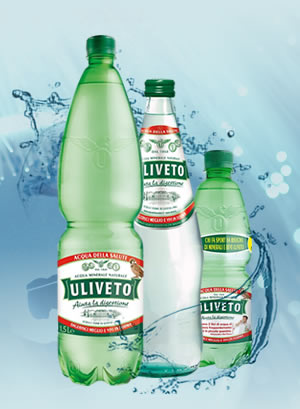 A new look for Uliveto water.

Uliveto bottles are due for a makeover in February. All bottles will come with a completely redesigned label. This step completes a restyling operation that aims to maximise brand visibility with a bigger logo. The label also carries the now characteristic red bands on the shrink-wrap, highlighting the bird image, which has become the Uliveto icon. The labels on the half-litre bottles will also still feature personalised quotes from Alessandro Del Piero, upgraded for size and legibility.